If you'd like your work to be considered for Mason Out Loud, please email masonoutloud@gmail.com. 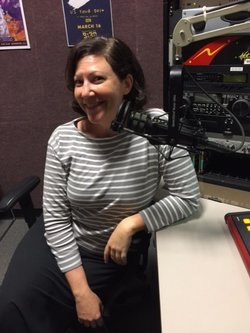 In this unflinching personal essay, "Fractures", Kerry Folan examines friendship, honesty, and brokenness while deconstructing the emptiness at the heart of her glamorous, successful New York life. A short discussion with the author follows.

Kerry Folan writes about fashion, retail, art, and culture. After a stint editing Women in the Arts magazine in DC and an internship at The Believer in San Francisco, she headed to New York to kick off Ralph Lauren's Rugby Blog in 2007. From 2011 to 2013 she covered all things retail and fashion as the Editor of Racked National. These days, she writes about the ethics of fashion and conscious consumerism for multiple publications, creates editorial for sustainable businesses, and directs outreach for DC's annual literary festival, Fall for the Book. She's also a third year nonfiction MFA candidate at George Mason University. You can follow her on the web at: kerryfolan.flavors.me/

Kristopher Heaton is an undergraduate student in George Mason University's Bachelor of Fine Arts program. He writes fiction and poetry. 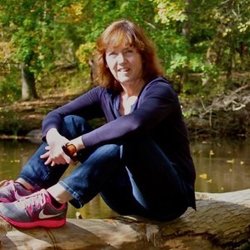 PJ Devlin received the MFA in creative writing from George Mason University in 2011. Before changing careers in 2008, she served as Fiscal Services Director of the Fairfax County, Virginia, Fire and Rescue Department. A longtime resident of Fairfax County, she's a Philadelphia native and much of her work is set there. Two novels -- Wissahickon Souls and Becoming Jonika – and her short story collection – Wishes, Sins and the Wissahickon Creek -- are available through Amazon in print and eBook. Wissahickon Souls is a 2016 Book Excellence Awards Winner. A short story - “The Decline and Fall” - was runner up in the 2013 Saturday Evening Post Great American Fiction Contest. Other stories have been published in print, on-line and in anthologies.

Born in Amarillo, Texas, Jett Watson is a 2016 graduate of the United States Naval Academy and currently commissioned as an ensign in the Navy. After finishing his undergraduate coursework a semester early, he came to George Mason University to study English Literature at the graduate level. Upon degree completion in December, he'll be joining the Littoral Combat Ship Crew 201 in San Diego, California as a surface warfare officer.

Samuel Ashworth's fiction and essays have been published in Catapult, The Times Literary Supplement, the Brooklyn Rail, Roads and Kingdoms, and Bookslut. Born and raised in Manhattan, he attended Trinity College Dublin before receiving his B.A. from Columbia University. He is currently in his second year of the M.F.A. in fiction program at George Mason University, where he has been awarded the Dan Rudy and Mary Robert Rinehart prizes for fiction. He lives in Washington, DC, and is working on a novel about the life and death of an American chef, told in the form of an autopsy. 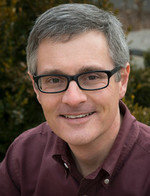 Art Taylor's short stories have won two Agatha Awards, the Macavity Award, and three consecutive Derringer Awards, in addition to twice being named a finalist for the Anthony Award. His fiction has appeared frequently in Ellery Queen's Mystery Magazine, among other journals and anthologies. An assistant professor at George Mason University, he also reviews crime fiction for the Washington Post and contributes frequently to Mystery Scene. For more information, visit www.arttaylorwriter.com.

Sean P. Flueger created the opening music for the Mason Out Loud podcast. You can hear more from Sean at his website: www.seanpflueger.com.